The Early Formation of Gospel Material

An earlier post discussed Colossians 4:16 as describing the impetus which would have eventually lead to a canonical Pauline letter collection as typified in the 2nd-3rd century Chester Beatty codex P46. While listening to a lecture on the topic of prayer in the Bible, Acts 2:42 was referenced as describing the earliest of Christian worship gatherings. This caused me to think on the circumstances that would have lead to the writing of early gospel material, either the gospels themselves as we know them, or the material that would later find its way into the canonical gospels. Luke wrote of the earliest Christians;


And they devoted themselves to the apostles' teaching and the fellowship, to the breaking of bread and the prayers. (Acts 2:42; ESV) 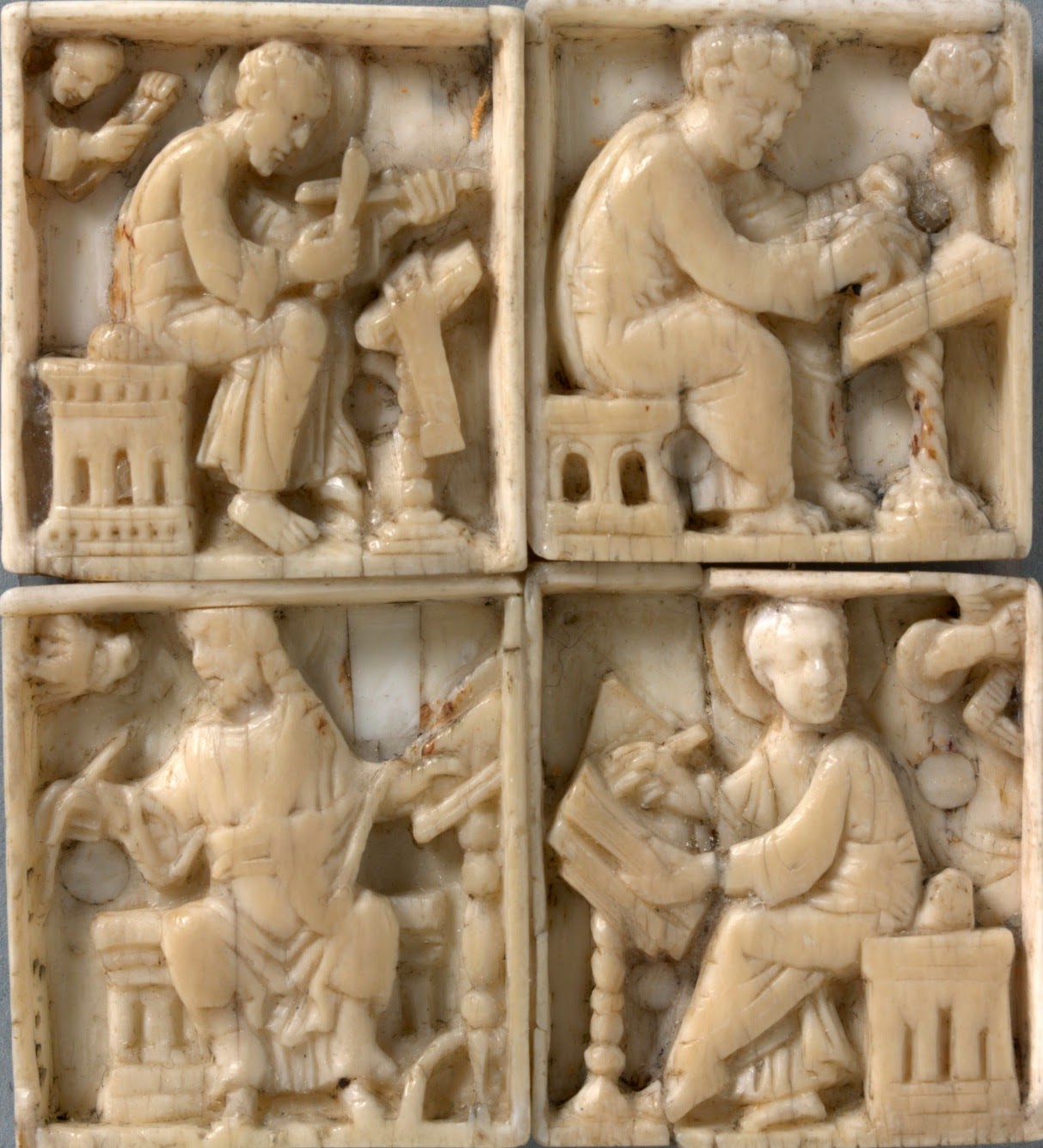 Psalms 110:1 (Acts 2:34-35) in relation to their fulfillment in Jesus as the messianic descendant of David. This messianic fulfillment culminated in Jesus' crucifixion and death, resurrection from the dead, and exalted glory at God's right hand. As a response to Peter's sermon, Luke writes that "about three thousand souls" were "added" to the growing number of Christian converts (Acts 2:41; ESV).

These first converts began to gather together regularly with a central part of this gathering being the studying of the "apostle's teaching." Though no specifics of this apostolic teaching is given, it seems right to assume that it contained at least some of the material found within Peter's sermon quoted earlier
in Acts 2, that is, the prophecies and teachings related to Jesus as the prophesied Messiah of Israel. This apostolic teaching would have lead many to approach the Jewish scriptures (Old Testament) with new perspectives on interpretation, especially in relation to Messianic prophecy.[1] Coupled with this apostolic teaching, prayer, and scripture interpretation, Luke wrote that "many wonders and signs were being done through the apostles" (Acts 2:43; ESV). These new apostolic teachings and Biblical interpretations where "confirmed" in the eyes of these early converts as true and divinely inspired by the expression of divine power in miracles performed by the apostles.

These circumstances described in Acts 2:42-43 would have been the driving force behind collections of Jesus' sayings, miracles, and messianic prophecies that would eventually form the canonical gospel writings. The content of Peter's sermon represents, in essence, an abbreviated gospel proclamation that would later be expanded and edited by the gospel writers. The early Church father Papias, writing early in the second century, described the origins of gospel of Mark in exactly this way,

And the Elder used to say this; ‘Mark, having become Peter’s interpreter, wrote down accurately everything he remembered, though not in order, of the things either said or done by Christ. For he neither heard the Lord nor followed him, but afterward, as I said, followed Peter, who adapted his teachings as needed but had no intention of giving and an ordered account of the Lord’s sayings. Consequently Mark did nothing wrong in writing down some things as he remembered them, for he made it his one concern not to omit anything which he heard or to make any false statement in them. (Eusebius, EH 3.39.15)

Whether we are to take Papias at his word or not is a matter of scholarly debate, either way it is uncanny how Papias' statement about Mark fits well in a context similar to what we read of in Acts 2.
Many would postulate that the impetus for writing the gospels was the death of the apostles leading to the creation of written accounts to replace the oral teaching. I am stating that the death of the apostles does not have to be the only circumstance that would have lead to the formation of the gospels. Circumstances like the one mentioned above could have just as easily been a catalyst for the collection of Jesus material as the death of the apostles--either the canonical gospels themselves, or disconnected Jesus sayings, miracles stories, and fulfilled prophecies that would later form the canonical gospels.
_________________________________
[1] Larry Hurtado described this early Church experience as "charismatic exegesis" which took place "in the context of group worship, which included prayer for and expectations of divine revelations, and other phenomena that raised questions that drove devout believers  to their Scriptures searching for new insights and answers" (Lord Jesus Christ: Devotion to Jesus in Earliest Christianity. Grand Rapids: Eerdmans, 2003, page 74).

Posted by Timothy N. Mitchell at 4:53 PM No comments:

Donate to The Textual Mechanic's Scholarship