At the 2017 Evangelical Theological Society Meeting, an exciting series of lectures were given in the session entitled "Growing Up in the Ehrman Era: Retrospect and Prospect on Our Text-Critical Apologetic." I was unable to attend the meeting but fortunately was able to listen to the audio recordings of each presentation. The lecture by Greg Lanier, "Dating Myths: Why Later Manuscripts Can Be Better Manuscripts" was particularly good. In the midst of his excellent paper, one of the things that Lanier highlights is the manuscript GA 1582 studied in Amy Anderson's excellent work "The Textual Tradition of the Gospels: Family 1 in Matthew."

GA 1582 is a Gospel codex that was carefully copied in 948 CE by the Constantinopolitan scribe Ephraim (Anderson, 6, 24). Ephraim produced several carefully copied manuscripts, one of which being Codex GA 1739, a collection of Acts and the epistles copied from a much older exemplar. One of the peculiar features of both of these manuscripts are a series of extensive marginal notations indicating textual problems. Anderson stated that "the text and marginalia of 1582 provide a record of early textual variation" (Anderson, 69). She also notes that


"it is unlikely that the marginalia are the result of Ephraim's own gathering of variants. Rather, Ephraim has preserved marginalia compiled by a much earlier scholar" (Anderson, 69).

One of the clues that points to a late 5th century compilation for the marginalia in 1582 is that Cyril of Alexandria is the latest father cited who died in the 440s CE (Anderson, 70).

“in most copies it is not found. And not from the comments of the holy fathers; John Chrysostom, Cyril of Alexandria, and Theodore of Mopseustia...”

Another series of marginal notes are found at the end of the Gospel of Mark. At the end of Mark 16:8 there is a note before the longer ending of Mark. This note reads in part,

"In some of the copies up to this point the gospel ends also up to to which Eusebius Pamphilus made his cannons. But in many also these [verses] are also found."

Another note is found in the long ending of Mark in the margin at 16:19. This marginal note reads,


"Irenaeus, who was near to the apostles, in the third book ‘Against Heresies’ quotes this saying as found in Mark.”

The compiler's knowledge of the church fathers is revealed in this note for Irenaeus does indeed quote from Mark 16:19 in his "Against Heresies" 3.10.5 reads, "Also towards the conclusion of his Gospel, Mark says, “So then, after the Lord Jesus had spoken to them, he was received up into heaven , and sitteth on the right hand of God” (ANF 1:426).

These series of marginal notes reveals a knowledge and concern for textual variation in the manuscript tradition. Even in 10th century Constantinople, when many of the Greek New Testament manuscripts produced contained the longer ending of Mark and the story of the Woman Caught in Adultery, scribes such as Ephraim were copying older texts and marginalia that discussed these textual problems.

Review of; "A Commentary on the Manuscripts and Text of the New Testament" by Philip Wesley Comfort 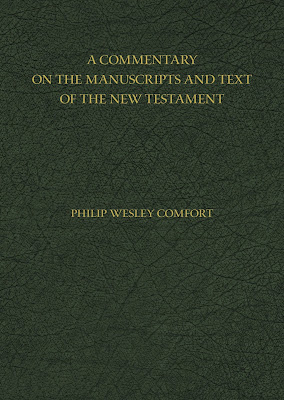 Posted by Timothy N. Mitchell at 5:57 PM No comments: 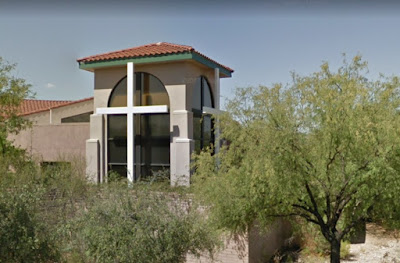 On Sunday December 17th of 2017, I was invited by Dan Grossenbach to share some of my research for the "Reason Why?" Class at Catalina Foothills Church in Tucson, AZ.
I primarily covered the material I presented at the 2017 Boston SBLAM. This concerns my research into Greco-Roman publication and how it intersects with the textual transimission of the New Testament.
The class attendees were excellent, absorbing a lot of information and responding with great questions and feedback. They certainly kept me on my toes!
I wanted to extend a thank you to Dan Grossenbach and to those at Catalina Foothills Church for a wonderful and rewarding experience. 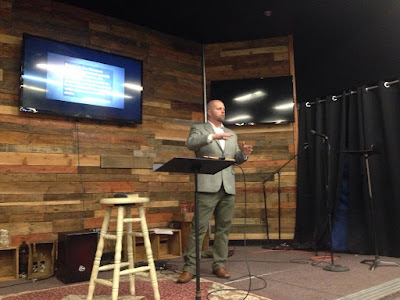 Posted by Timothy N. Mitchell at 2:47 PM No comments: