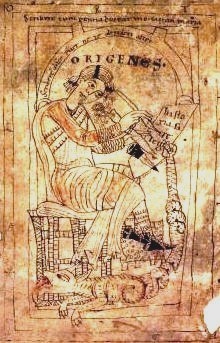 In the midst of discussing a textual reading at John 1:28 in his "Commentary on John" Origen of Caesarea (ca. 184 - 253 CE) waxed long on the various place names found in the Gospel accounts and the variations in spelling that can be seen in the manuscript tradition.


“We are aware of the reading which is found in almost all the copies, "These things were done in Bethany." This appears, moreover, to have been the reading at an earlier time; and in Heracleon we read "Bethany." We are convinced, however, that we should not read "Bethany," but "Bethabara." We have visited the places to enquire as to the footsteps of Jesus and His disciples, and of the prophets. Now, Bethany, as the same evangelist tells us, was the town of Lazarus, and of Martha and Mary; it is fifteen stadia from Jerusalem, and the river Jordan is about a hundred and eighty stadia distant from it. Nor is there any other place of the same name in the neighbourhood of the Jordan, but they say that Bethabara is pointed out on the banks of the Jordan, and that John is said to have baptized there." (Comm.  Jo. 6.24)

I find it fascinating that Origen is validating the proper spelling, and ultimately, the location of these various places with his own first hand knowledge of the geography of Palestine. He talks of having walked in some of the regions discussed and even gives some distances between locations. Origen places greater confidence in his first hand knowledge rather than the manuscripts in his possesion because he states that,


"In the matter of proper names the Greek copies are often incorrect." (Comm. Jo. 6.24)

The inaccuracies of the Greek copies as to place names is not not limited to the Gospels alone. Origen laments that certain Greek translations of the Old Testament are also allegedly filled with errors. Origen goes on to say,

"The same inaccuracy with regard to proper names is also to be observed in many passages of the law and the prophets, as we have been at pains to learn from the Hebrews, comparing our own copies with theirs which have the confirmation of the versions, never subjected to corruption, of Aquila and Theodotion and Symmachus." (Comm. Jo. 6.24)

Origen is in the habit of comparing his copies of the Greek translation of the Hebrew Old Testament  ("the law and the prophets") with the copies in the posession of the local Jewish community. Apparently Origen had a good working relationship with these local Jewish scholars and was able to cross check his own copies of the scriptures with those in the posession of the Jewish community.

Roberts, Alexander, James Donaldson, and A. Cleveland Coxe, translators. Ante-Nicene Fathers The Writings of the Fathers Down to A.D. 325. Volume 9, the Gospel of Peter, the Diatessaron of Tatian, the Apocalypse of Peter, the Vision of Paul. (New York: Charles Scribner’s Sons, 1906).

Posted by Timothy N. Mitchell at 7:14 AM